Hemp is good for Us?

Yes hemp is good for us and the answer is more complicated than you might think.

“Hemp” is another name for the Cannabis sativa plant and its products. This same species of plant is also called marijuana.

Are they one and the same plant?

Yes and No. The fact is that they are from the same vegetable plant. And a lot of folks use the two names interchangeably.

How are they different if they come from the same plant?

In ancient times those tall sturdy plants used for making; food, oil, textiles, ropes, became known as hemp. Other plants
were bred more selectively for medical or religious reasons and they became known as marijuana. Throughout time scientists
came to believed that the two had been separated and that they were both from the same plant. Hence forth the two species
or subspecies became known as Cannabis indica (marijuana) and Cannabis sativa (hemp).

When trying to understand the disparities between the two, it is important to begin with this concept: that ultimately they both
come from the same plant, just different parts. To add to the confusion both produce another other term called cannabinoid (CBD).
In reality you have Cannabis (CBD) sativa and Cannabis (CBD) indica.

The industrial hemp plants produce more CBD than THC, while the weed plant produces more THC than CBD. Interestingly, research
has shown that CBD acts to reduce the psychoactive effects of THC, separating each one further from the other.

Let’s understand one thing immediately: Even though both come from the same plant. They each have their own distinct uses and amazing benefits.
They each happen to be cultivated for different applications, and therefore must have their own unique growing environments.
One particular difference between the two will be distinguishing what the need is for.The so called Mary Jane is usually is intended for recreational
or medicinal issues for getting high. Hemp on the other hand is basically used for industrial and environmental benefits. Mary Jane has a high THC
count where as hempseed is very low and you will most likely get sick from it as opposed to getting high.

A single acre planted in hempseed, will be a more beneficial use of the land than ether using it to grow paper or cotton. That one acre can produce more fiber than three acres can produce of cotton.Typical the big difference is that fiber will endure longer, will not create mildew or mold plus it is much stronger and softer than cotton. Also cotton usually requires substantial volumes of dangerous chemicals and herbicides put into the land. 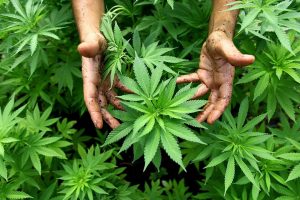 One school of thought about this plant being illegal in the USA. It would greatly cut into the market shares of the cotton and the lumber industries.

The trend in our country seems to be changing slightly. In recent years some areas of the country, farmers are being allowed to grow hemp now and hopefully this will continue like our neighbor to the North. (Canada) After all it was allowed during World War 11.

Our agricultural arena is missing out on millions of dollars and job just because the politicians are having trouble distinguishing between hemp and pot.